Not a decade goes by without an iconic hairstyle shaving its name into the back-and-sides of history.

We had Elvis Presley’s legendary rock’n’roll pompadour of the fifties; those long, textured, hippy locks of the seventies; and of course, the Liam Gallagher-esque messy mop that adorned the bonce of any man who’d so much as glanced in the general direction of an Oasis record, all through the nineties.

Today, this follicular tradition is still very much alive, well and held in place with plenty of pomade.

For many years now, a new hairstyle has dominated men’s heads all around the globe. It’s a throwback cut with more versatility than a Swiss army knife, and we’ve seen it rocked by everyone from Becks to Bieber, Timberlake to Tommy Shelby.

We’re talking, of course, about the disconnected undercut.

What Is A Disconnected Undercut?

The undercut involves a short back and sides, while the hair on top is left much longer. The longer hair on top allows for a variety of styles to be created, making it an extremely versatile cut.

What About The ‘Disconnected’ Part?

“‘Disconnected’ refers to one part of a cut remaining disconnected from the other,” says Mark Woolley, founder of Electric Hairdressing. “For example, the sides of the hair being much shorter and without blending into a longer top section.”

When you hear your barber referring to both of these things in tandem, they’re talking about a style that is lengthy up top, shaved on the sides and features little to no blending between the two.

How The Disconnected Undercut Became Popular

Like many men’s hair trends, the disconnected undercut hairstyle has its roots planted firmly in the scalp of Edwardian-era England.

“Disconnected styles originate from a time before the way we cut mens hair had finesse,” says Joe Mills, founder of The Lounge in Soho. “See Peaky Blinders, Taboo or any decent war film and you will notice the almost DIY look of the disconnection.”

Mills also notes that back in the day, the disconnection was more about barbering ability, as opposed to fashion, but when the look began to crop up again in the 2010s, thanks in no small measure to some of the aforementioned TV shows, the skilled stylists of today put their own stamp on it with things like skin fades and tight gradations.

“This has come back with such momentum in recent years, partly because of the way men’s grooming has found its feet,” says Mills. “We have experimented with facial hair and grooming products, and the way we wore our hair became a thing again.

“Clean, hard lines in hair, and then men’s fashion, fell in line with this.”

The fact that the disconnected undercut leaves plenty of length on top means that there are endless ways to wear it, but seeing as human lifespans are finite, let’s just run through some of the most important ones.

The roaring success of Peaky Blinders opened men up to a new – well, old actually – set of style rules. And while countless sartorially-challenged blokes have tried and failed to emulate the aesthetic through the ill-advised wearing of cheap polyester flat caps, the style-savvy guy knows that the best way to get a hint of that Tommy Shelby look is through his hair.

The Brummy protagonist, portrayed by Cillian Murphy, wears a disconnected undercut with the length textured and brushed forward on top.

“To achieve this style, the hair is clipped short on the sides and back, usually using a 1 or 2 grade,” explains Paul Burfoot, founder of Fish Hairstyling. “The hair [on top] is then left longer and brushed forward.” Disconnected Undercut With Length On Top

A style made famous by none other than Nirvana’s Kurt Cobain, this undercut style is about as grunge as they come. Just stick on a denim shirt, some ripped 501s and you’ll be ready to hop on stage and start smashing some guitars.

“When worn with longer hair on top, a disconnected undercut’s main use is to remove weight,” says Mikey Pearson, founder and director at Manifesto barbershopin London.

“In this case, the undercut is designed to be hidden. The shorter the undercut, the more noticeable it is as it won’t blend as much.”

For medium- to shoulder-length hair, Pearson suggests going for a grade four undercut. For a more standout look, go even tighter. 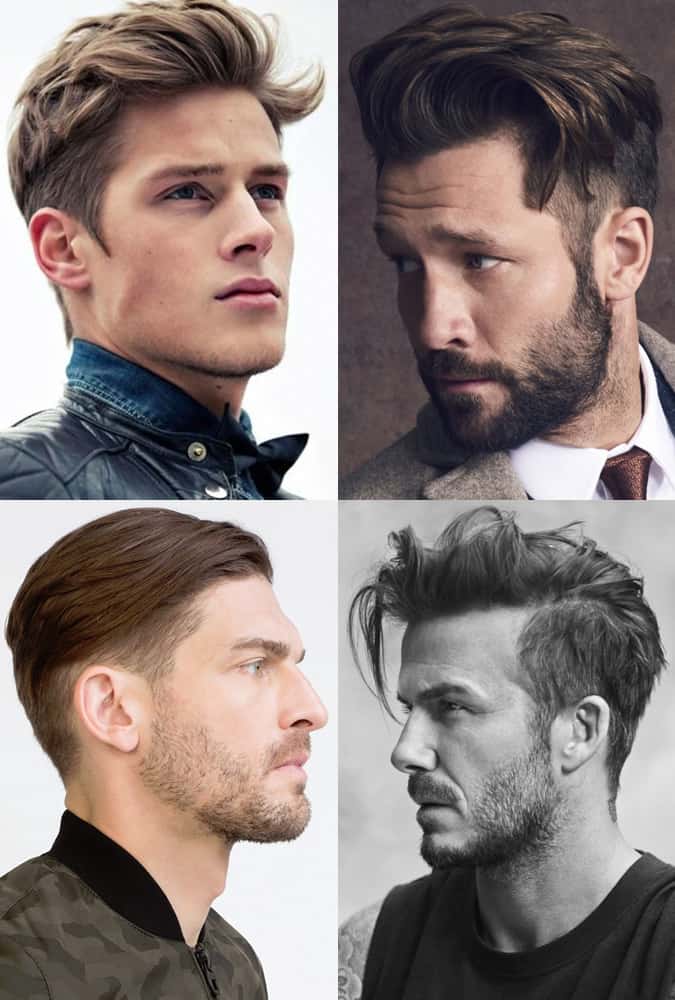 One particular look that has become extremely popular among the kind of guys who love raw denim, big beards and tattooed knuckles, is this second Peaky Blinders-inspired chop. Having said that, it’s also found its way onto the heads of the likes of Brad Pitt, Justin Timberlake, Conor McGregor and more.

Murdock’s Covent Garden head barber, Miles Wood-Smith, explains how to get the look.

“One option is to slicken the top back with pomade for an old-school appearance. (Think Arthur in Peaky Blinders.),” he says. “Always run a comb through for that neat finish.

“To wear the top going forward, before getting it cut, you should ask your barber to take the back shorter to avoid too much unwanted overhang.”