There’s something about entering a new year that makes us want to ring up our hairstylist and demand an appointment. After the confetti falls, the ball drops, and every last bit of Champagne has been downed, one major question always seems to appear in our heads: “What haircut will help me take on the new year like the badass I am?” Well, that’s how it is for us, anyway. But we know there are plenty of folks out there who feel the same way. (Are you there, God? It’s me, R29.) And if you are one of those people, we have a New Year’s gift for you: We tapped three top hairstylists — Larry Sims, Adir Abergel, and Wes Sharpton — and asked them to tell us what styles they think are going to be capital-M major in 2016. We’ve got to say, we were surprised. While this year was classified by lazy-girl texture, next year is on a whole other level. And we’re totally stoked. 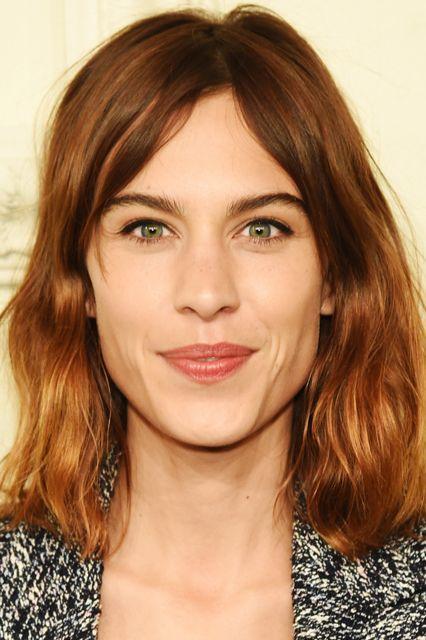 The Right-For-Your-Texture Cut
One of the main complaints heard when someone talks about air-drying hair is this: “My hair texture doesn’t look good when air-dried.” That, friends, is a fallacy. Everyone’stexture has the potential to look stellar in its natural state. You just need the right cut.

“There’s been such a shift toward strong, empowered women who want to look beautiful and polished, but who don’t want to be slaves to their hair,” Sharpton says. He approaches every haircut as a conversation. “I ask what their lifestyle is like, what they’d like from their hair, and so on,” he explains. So each cut is tailor-made for the person’s texture, allowing her to put as much — or as little — work into it as needed.

Sharpton sees this approach to haircutting and styling as the new wave. “I believe there will be more women who are embracing this type of cut,” he says. By having a style that works with you, and not against you, you’ll find styling to be a lot easier. 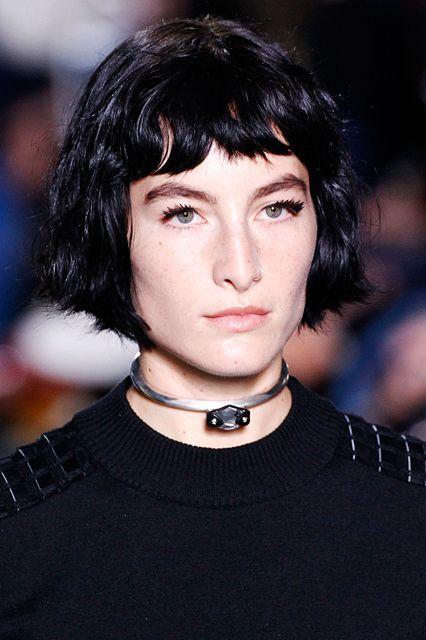 The Gatsby-Inspired Bob
Short hair is poised to have a major moment in 2016, according to all three stylists. Abergel points to this cheekbone-length crop as one of the new “It Girl” cuts. “It can be worn on so many textures,” he explains. “It’s reminiscent of the classic ’20s woman — like Coco Chanel and Louise Brooks.”

But that doesn’t mean you’ll look totally throwback if you decide to go this route. “It can still be worn to look really modern with a natural, wavy texture — like model Heather Kemesky,” he explains. In fact, we prefer this look when it’s worn with a devil-may-care tousle.

We’re totally on board with this style, but if you are looking to rock your natural texture with this crop, have a chat with your stylist to make sure it will work. This cut is a commitment — it might take a while for it to grow out — so you want to make sure you’ll be happy with it. 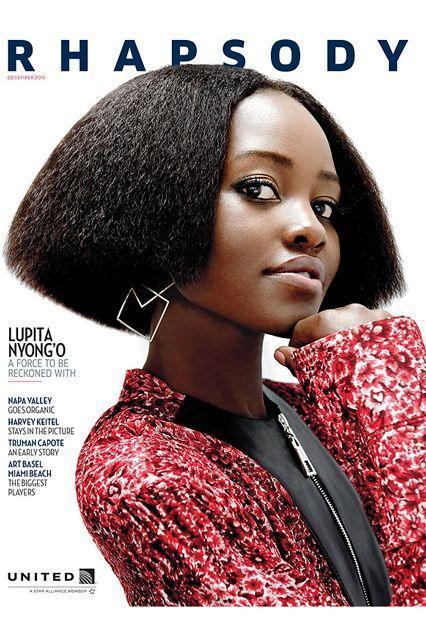 Geometric Shapes
Sims, who styled Lupita Nyong’o’s hair for thisRhapsody cover, is a big proponent of bold shapes and eccentric lines. “It’s really cut, super-clean, and blunt all around,” he explains. “It kind of has a kind of triangular shape to it.”

While a triangular shape may be something we’re typically told to stay away from, Sims explains that these eye-catching contours are clutch for women with natural-textured hair. “It’s a bit more interesting to build on shapes with curly and kinky hair, because of the texture,” he explains. “You can sort of mold it and shape it and cut it into different things. And it’s pretty defined because of the texture. It can hold really sharp edges.”

So naturally textured hair types should embrace this characteristic and rock out with it. Why go blah when you can be bold? 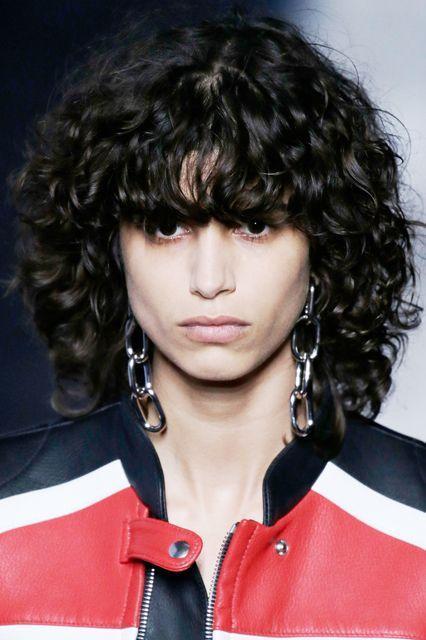 Statement-Making Bangs
Not one, but two of our pros cited bold, blunt bangs as one of the major trends for next year. And both talked specifically about the curly fringe we saw on model Mica Arganaraz during Fashion Week. “It’s an easy way to get a new look; just add bangs,” Abergel says. “This season, try a blunter cut of fringe that hits close to the brows.”

Now, if you want bangs and your hair is straight, you can work a more-traditional version of the look, no problem. But curly girls don’t have to be beholden to their hot tools. Textured fringe is in. “It’s completely subverting what having bangs means,” Sharpton says. It’s a sexy way to embrace your texture and add a cool-girl element.

The trick to making sure your curly fringe looks good is to not actually cut it like a bang section. “Talk to your stylist and let them know that you want to wear the bangs in your natural hair texture,” Sharpton says. “They’ll be able to cut it in a way that will make it flattering.” 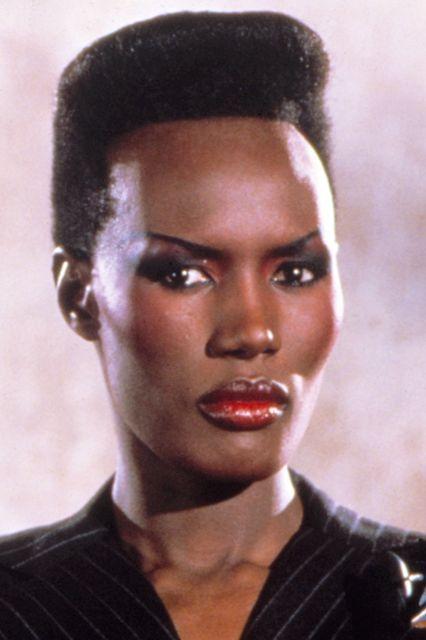 The High-Top Fade
We’re calling this one the ultimate comeback kid. Sims claims that 2016 is the year ladies all over begin re-embracing the Grace Jones high-top fade. In fact, he recently paid homage to this style by re-creating a bolder version on Zendaya. “Women are going to be a bit more bold and fashion-forward with the heights of their hair,” he says. “Height is going to be a really big statement. People are going to be a little less conservative and a little more risqué in terms of shape.”

Sims’ number-one tip for ensuring your fade comes out well? Hair health. “Hair that hasn’t been chemically treated is going to be best for this,” he explains. Since the fade is so precise with its sides and edges, strands that are in good condition are pretty much a necessity. “Clip the hair down to where the ends are super-healthy,” he says. “Damaged ends are going to make the haircut less clean and defined.” 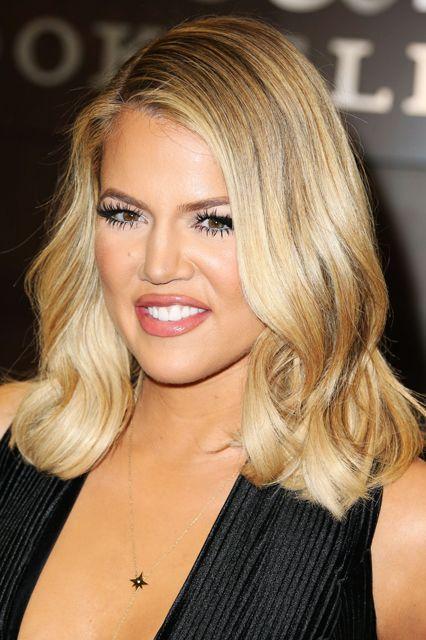 The Sleek, Polished Lob
We know — the lob has been a big deal for a minute. But Sims is quick to point out that this is a completely different take on that cut. “It’s more polished, sleek, and sexy,” he explains. So while the textured, tousled styles defined the lobs of yesteryear, the 2016 version is more intentional.

He points to Khloe Kardashian’s cut: “It’s the new long,” he explains. “It’s a great length because you can look modern and cool while still having the sexiness of long hair.” Khloe’s longer layers and blunt edges make this variation look different from previous incarnations of the lob. “It’s a bit more interesting than before,” Sims says.

With a cut like this, you’re going to want to go for high shine and control. A spray-on oil or shine mist will be your BFF. Just remember: Certain textures will have to work to get the “polished” look Sims is describing. So low-maintenance ladies may want to look elsewhere for #hairinspo. 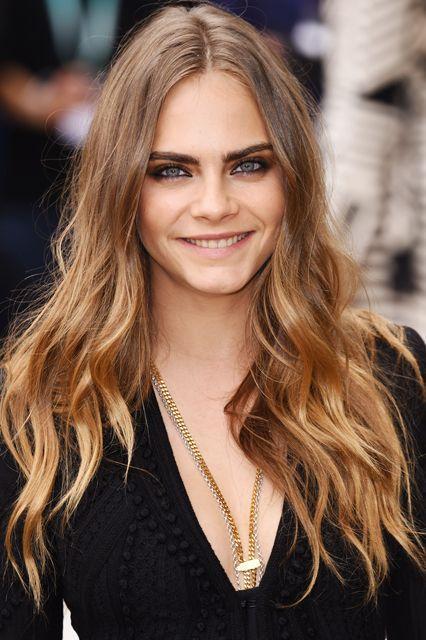 Long, Textured Layers
An easy way to update longer hair next year is to add some texture-boosting layers. “For women who want to maintain their lengthy locks, try cutting framing layers all around the front of the hair,” Abergel says. “By adding the layers, it will help create movement to the hair.” (Women like Kate Moss, Cara Delevingne, and Brigitte Bardot are good for inspiration.)

What’s brilliant about these layers is the versatility they allow. They’ll look great in a blowout, beautiful in pin curls, and will help your hair maintain that oh-so French and oh-so enviable slept-in vibe. They also help add volume to the crown of your hair — which is great for women with fine texture who are looking for some oomph or to create the illusion of more fullness.

Just make sure to keep up on the trimming process: Overgrown layers can drag down the face (making you look tired) and weigh down the rest of your hair. 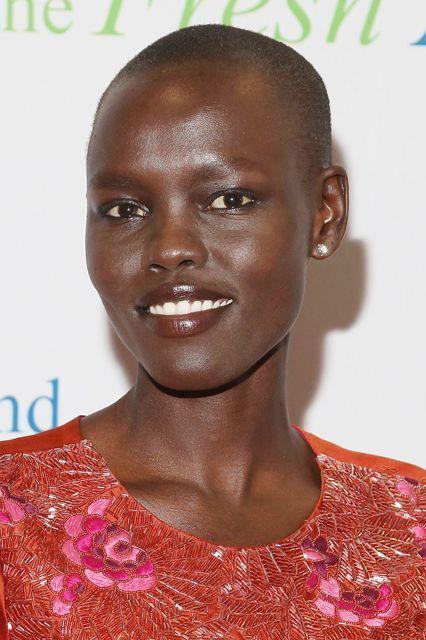 The Big Chop
Sharpton’s prediction for the next year is that women are going to be getting those daring haircuts they’ve been putting off because of fear. “I like to use the example of [model] Grace [Bol, pictured],” he says. “She shaved her head, and it made her career.

Now before everyone gets up in arms, no — we are not saying you have to shave your head. What Sharpton is suggesting is a big-leap cut — the one you’ve talked about getting, and wantto get, but never actually get. And that means different things to different people. “It’s not necessarily going to be the right cut for everyone, but it will be the right one for you,” he says.

previous
These 2016 Hair Trends Will Be Huge, According To Expert Stylists
next
These Will Be the 10 Hottest Haircuts of 2016!