Are you a guy with long hair? Do you need a costume for Halloween, a party, a comic book convention, or any other special event? Well, we have some suggestions for you! It’s important to take advantage of those long, luscious locks of hair when coming up with costume ideas. After all, there are people who pay a premium for wigs to go with their costumes, and wigs are certainly not as comfortable as the hair on their head! Check out our ultimate guide that’s full of costume ideas for guys with long hair. You’ve already got the hair, so your costume is halfway complete! 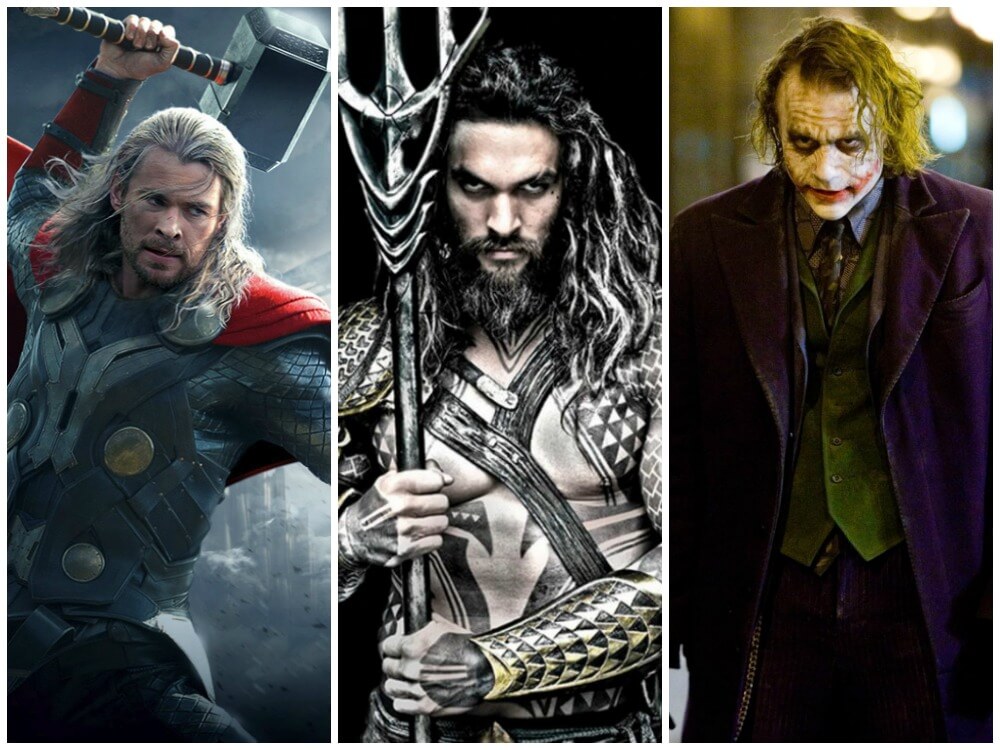 Both Thor and Aquaman are appearing in their own movies in the coming year, as well as superhero team-up movies with the Avengers and Justice League, respectively. We don’t think you’ll be able to find anyone in Marvel or DC movies with better hair. The only other character who compares is the clown prince of crime, the Joker: in an incredible performance by Heath Ledger in The Dark Knight, he rocks mid-length green hair that matches his vest.

When you play the Game of Thrones, you either win or you die. However, if you dress up as Game of Thrones characters, you’ll always live to fight another day. Even so, you’d have to survive a lot of battles for your hair to get as long as Khal Drogo’s. A more realistic hair length lies with favorites such as Ned Stark or Jon Snow. 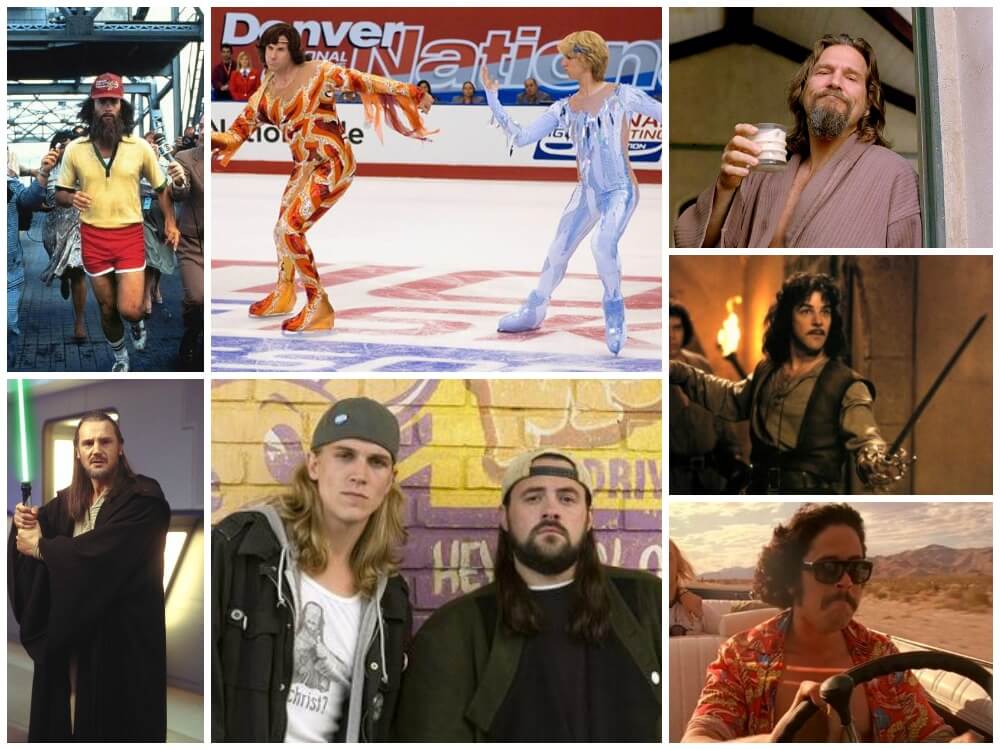 The list of guys with long hair in movies is endless. If the Force (and the hair) is strong with you, maybe you want to dress as Qui Gon Jinn. Other duos like Jay and Silent Bob or James MacElroy and Chazz Michael Michaels make for some entertaining long-haired duos. Regardless of how long your hair is, you’ll be able to easily portray some iconic characters from cinematic history. 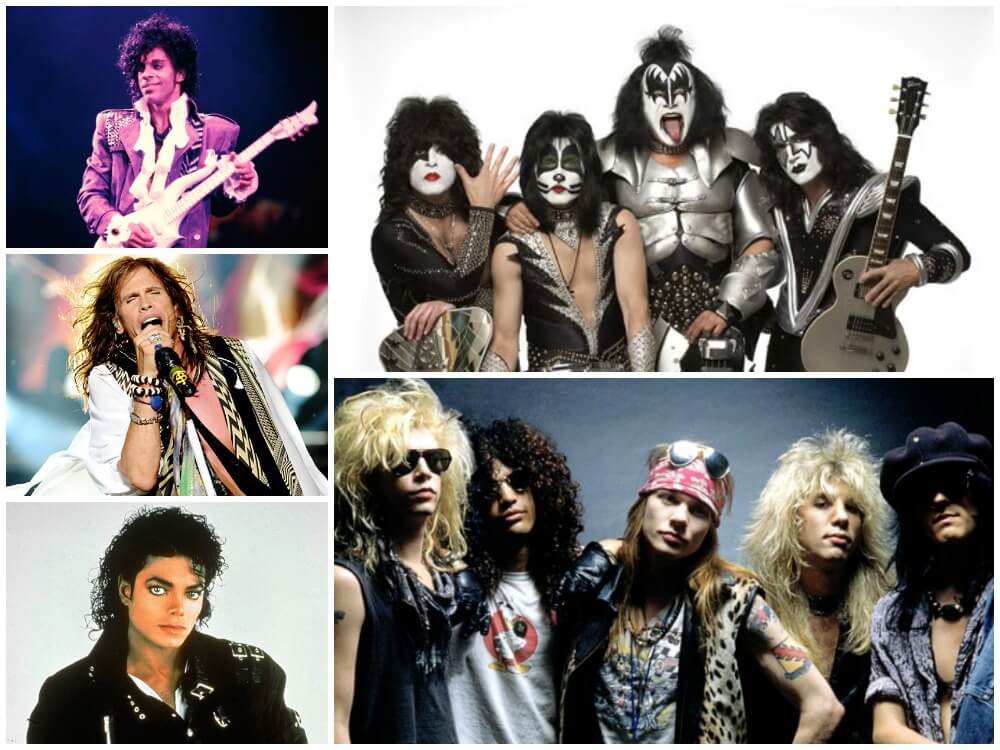 Long hair is synonymous with some of the biggest rock legends of all time. Whether your costume is equipped with psychedelic colors, leather jackets, face paint, or anything else, the hair is what lets people know “I’m here to get loud”. Throw on your costume, grab a mic, and get ready to make a scene on Halloween. If you can pull it off, a signature Michael Jackson moonwalk always goes over well. 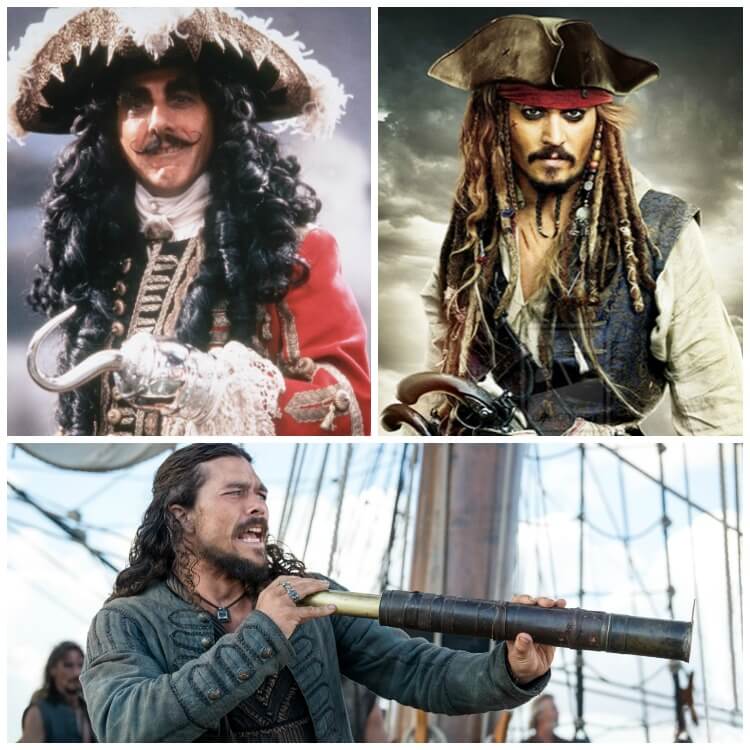 There are a lot of identifying factors when it comes to pirates. Skull and crossbones, parrots, swords, peg legs, and triangular hats with feathers in them. But one other thing you’ll notice about most pirates is they have long hair. Of course they do! There’s no barbers of the seven seas. You may end up with an accidental haircut during a sword fight though. 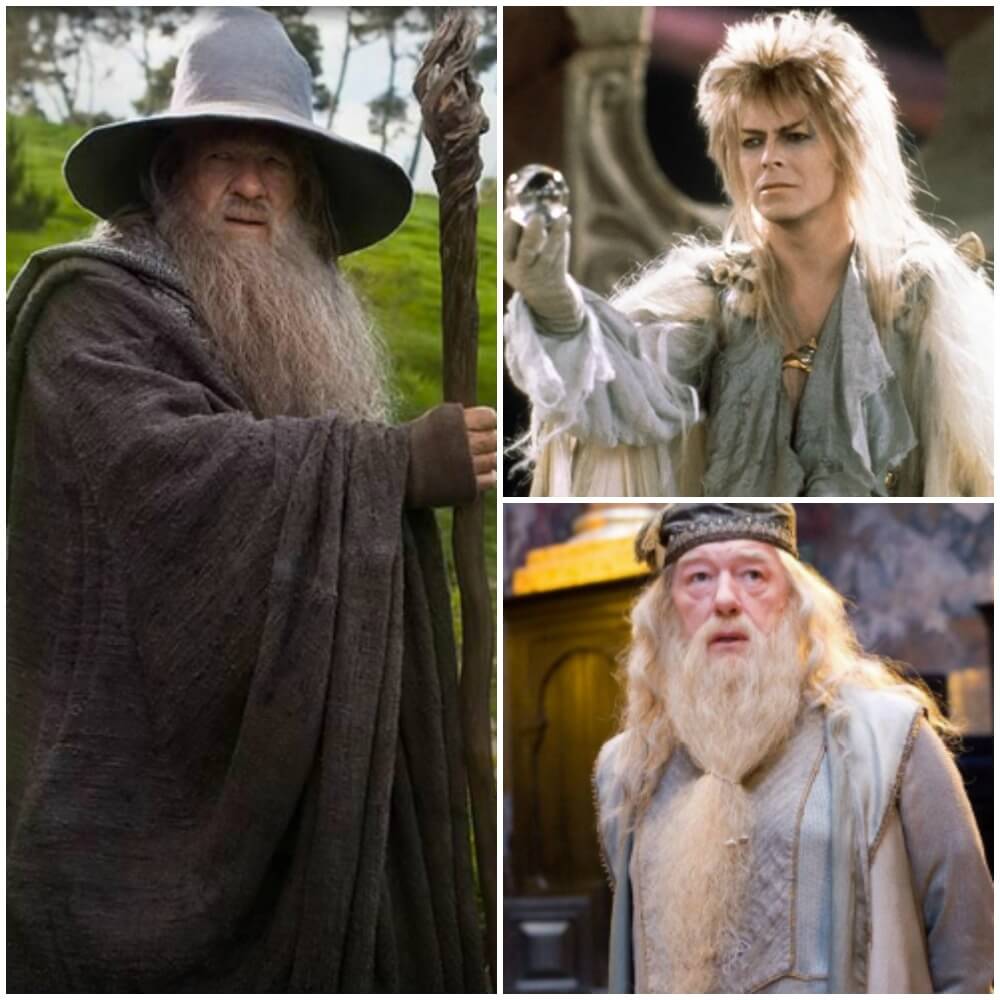 Gandolf, Dumbledore, Merlin, Jareth; aside from being wizards, they all have something in common in their lengthy hair. However, when you look at younger wizards such as Harry Potter and his Hogwarts acquaintences, nobody seems to be growing their hair out. There must be a point in a wizard’s life when they become too busy for hair maintenance. 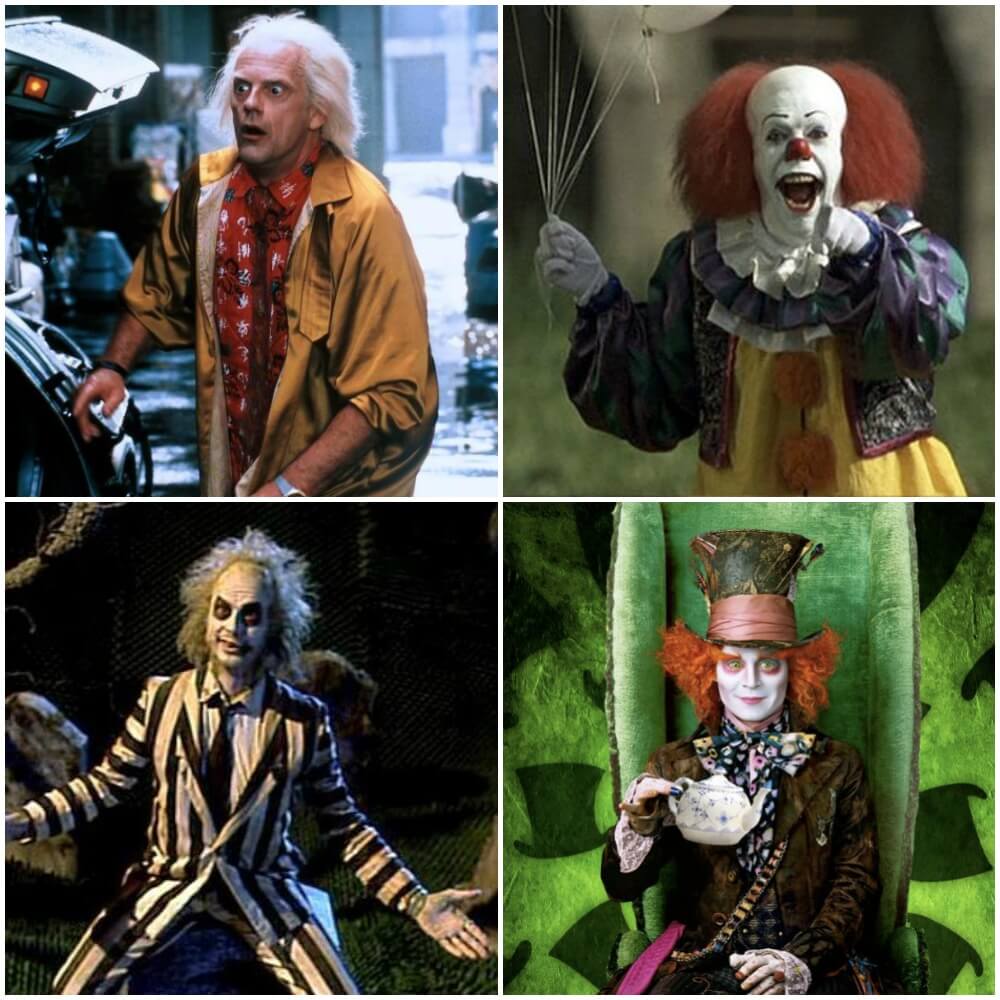 Even if your hair is only a few inches long, that’s long enough to stand it up for a crazy style. Typically, the hair is the identifying factor saying “this guy is a little bit off the rails”. Just make sure that if you dress as Beetlejuice, Doc Brown, or any of these other eccentric people, you bring enough energy and weirdness to the character you’re portraying. 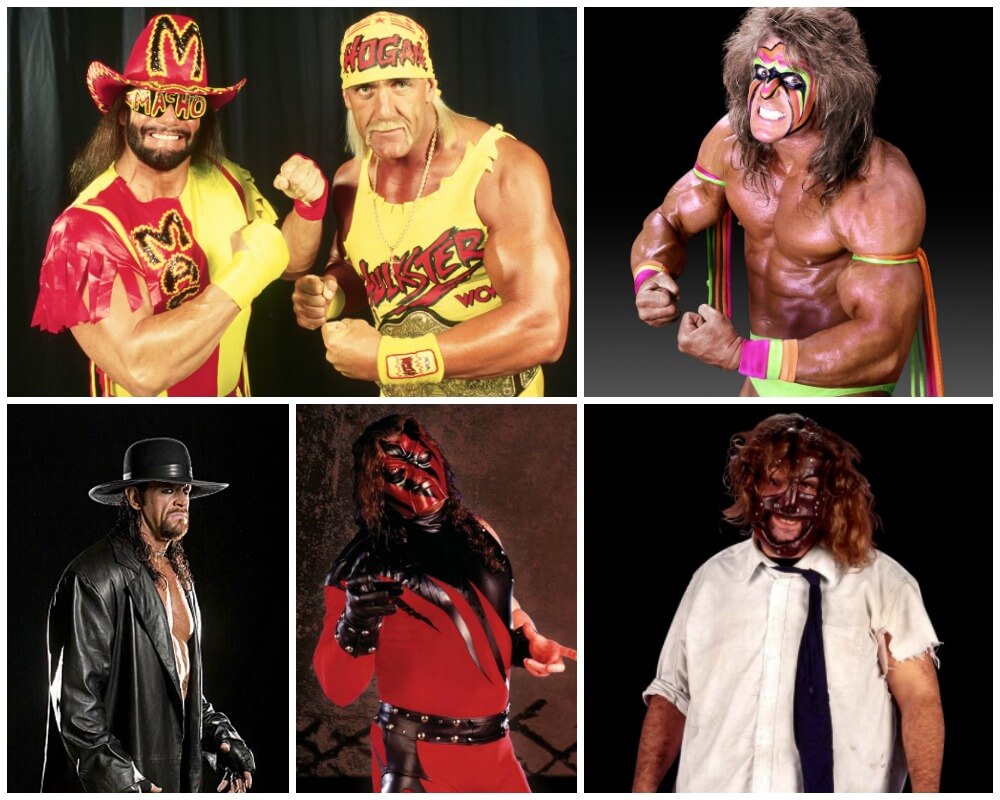 Some of the most legendary professional wrestlers kept their hair long. Maybe they felt that it was an important part of their distinguished look? But it sure didn’t help when someone would pull them by their hair, or grab it in order to smash their face into the turnbuckle or the ring.

Want some more options? Take a trip through history and you’ll find a wide selection of costumes with long hairstyles. Obviously, there were no barbers in the days of cavemen, which somehow didn’t keep Fred Flintstone from maintaining a clean look. But eras like the 60s and 70s were years of rebellion, which included refusing to cut your hair to conform. It’s all good because you’ve got the hair that completes the look of the costume.